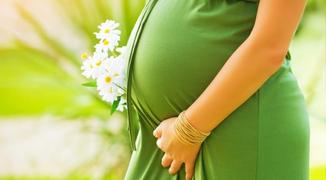 Are you planning a pregnancy, but at the same time you suffer from myomas? Are they causing you discomfort or do you just want to find out for safety's sake? Or maybe you are afraid that you could be affected by myomas. This is not so unlikely. According to gynecologists on the web, every second to fifth woman in Europe is affected by myomas.

Myomas are mostly benign growths that occur in the muscular layer of the uterus and ovaries in groups or individually. They usually develop between the ages of 25 and 50. They vary greatly in size. Some grow as large as 20 centimeters, resembling a fifth-month pregnancy. Often, however, those affected do not notice any discomfort. In such a case, removal is decided individually according to necessity. If symptoms occur, there is often heavy, prolonged and painful menstruation or intermittent bleeding. Less frequently, there is non-specific pain in the lower abdomen, pressure on the bladder, frequent urination, constipation, lower back pain or discomfort during sexual intercourse. Myomas can also press on organs and nerves, causing pain and disruption. Urinary tract infections and anemia are the result. Childlessness occurs when myomas interfere with the implantation of the egg in the uterus.

During pregnancy, they can interfere with the growth of the embryo, which can result in miscarriage. However, from the 12th-14th week of pregnancy, pregnancy usually proceeds without negative influence of myomas. Rarely, damage occurs, and premature birth is not excluded. Likewise, a cesarean section may become necessary, as myomas can obstruct birth canals. As fibroids continue to grow during pregnancy, they sometimes cause pain and feelings of pressure.

Doctors usually advise against removing fibroids during pregnancy because the blood supply to the uterus and also to the fibroids is too strong. Premature labor is also not excluded. During a Caesarean section, removal of the myomas is possible in principle. However, the risk of bleeding is increased and a second operation puts additional strain on the body. In addition, many myomas stop growing after pregnancy, shrink and no longer cause any discomfort.

If you are planning a pregnancy, talk to your gynecologist beforehand. Depending on the case, it may be necessary to remove the myomas and allow a small recovery period for the body. A gentle procedure is HOLA laser therapy, which uses a laser light-guiding fiber optic to precisely remove the fibroids right at diagnosis. The surrounding tissue of the uterus is spared and there is usually no bleeding because the laser light has little effect on the muscles. There is also no scarring or adhesions to be expected. The procedure can be performed with a local anesthetic and on an outpatient basis, within 15 to 30 minutes. After a short recovery, nothing should then stand in the way of your child planning.